1. Food Preservatives and Antioxidants
The output and sales of Food Preservatives and Antioxidants increased slightly in 2016, comparing with that in 2015. Benzoic Acid and Sodium Benzoate output and sales were basically same as last year. The market demand for Nisin, Natamycin and Polylysine increased. The Nisin output and export increased steadily while the Natamycin production volume increased remarkably by more than 20%. Sales value also increased by more than 15%. As a new preservative, Polylysine sales volume and value grew by more than 200%. Potassium Sorbate export volume and domestic sales volume were basically stable, but the market price fluctuated mainly due to the Sorbic Acid production cost increase for Potassium Sorbate suppliers and manufacturers. Total Sodium Dehydroacetate sales value increased by 10%-20%, and the price was still on the rise.
The international demand for Butylparaben, Ethylparaben, Methylparaben and Propylparaben were growing mainly in the personal care and cosmetics industries such as toothpaste and other products. In addition, the compound preservatives market also increased by more than 10% in this year. Most of SMEs had no strong technical force in the preservative formulation. They would like to use compound preservatives due to the synergies of complex products and the using convenience.

2. Sweeteners
During year 2016, the output and sales volume of Sweeteners in China decreased by about 8% over last year. The domestic sales of Glucose was almost the same as last year. Glucose export increased slightly due to the US consumption increase. The output and sales volume of Saccharin and Sodium Saccharin were flat year on year and the Sodium Saccharin price was stable. Sodium Cyclamate production had been affected by international oil prices. Its production cost reduced while the Sodium Cyclamate output and sales volume fell year on year. But the Sodium Cyclamate price was stable. Acesulfame Potassium output was also significantly affected by the demand decline. In end November, three Acesulfame Potassium suppliers and manufacturers were investigated by the United States International Trade Commission (USITC) in terms of Tariff Act 337. Acesulfame Potassium manufacturers‘ export was estimated to be affected continously. Profits and benefits of Acesulfame K suppliers declined. Aspartame price also declined this year. Sucralose production and export was affected by Chinses environmental inspection on Sucralose manufacturers. Sucralose output volume declined slightly while the Sucralose price increased due to less stock in Sucralose suppliers. During year 2016, the market prices of Xylitol, Xylose, Maltitol and Erythritol increased slightly due to the cost increase of raw material and labor. Their export volumes declined due to the sluggish demand. There were no no significant growth in their output and domestic sales volume.

3. Food Coloring
During this period, Chinese Food Coloring output declined by 8%, comparing with that in year 2015. Caramel Color, the largest food coloring, was facing a declining market demand due to sluggish food production situation. Furthermore, some soy sauce and vinegar manufacturers increased their own caramel color use, resulting in lower outsource volume. Total sales value decreased by about 15%, mainly due to the price decline of most natural food colorings. Food Coloring export volume increased by 5.8% and the export value increased remarkably by 22% to USD 220 million. Among them, caramel color output and sales volume decreased by 10% from year 2015. The output and sales volume of natural and synthetic colors were basically the same as last year. As for natural food coloring, the Chilli Red Pigment price increased slightly as the stock during the past three years had been disolved. The market prices of tagetes concrete and lutein declined by 10% due to their plantation area had increased significantly in 2016. Monascus Red, Monascus Yellow and Gardenia Yellow declined in output and market prices due to their over capacity. 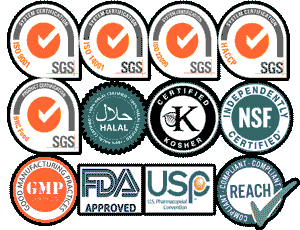